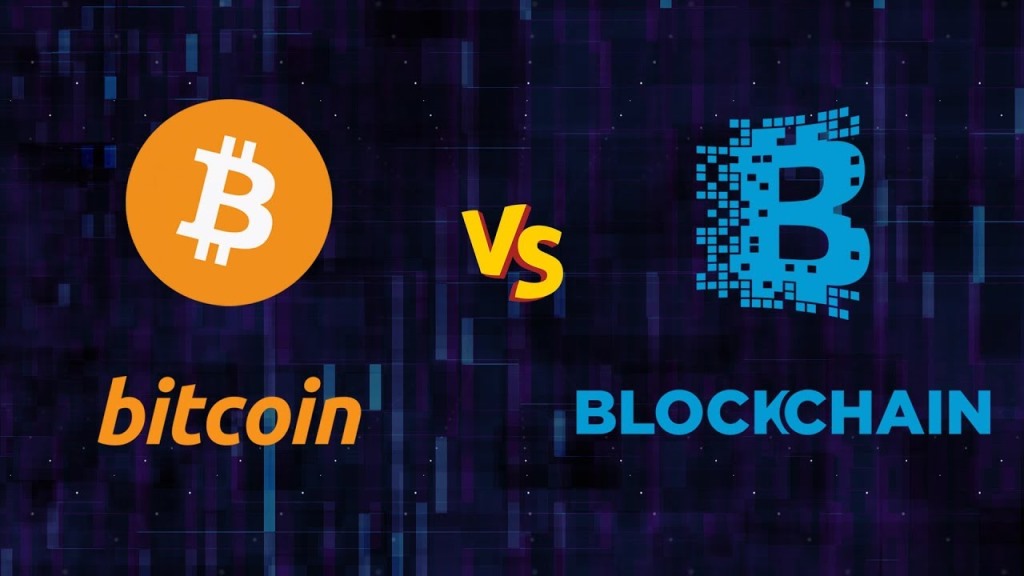 If you think blockchain and Bitcoin are basically the same thing and use the terms interchangeably, you are not alone in doing so. Majority of people conflate the two terms and believe them to be different words used for the same entity. This could be because the two terms – blockchain and bitcoin – are closely related. They are not, however, the same. If you have ever wondered what blockchain or bitcoin is, and how the two terms are related, this article is for you.

Simply put, blockchain is the underlying technology behind bitcoin (and other cryptocurrencies). It is the technology that enables the existence of bitcoin.

Bitcoin, on the other hand, is a form of digital currency that can be used for peer-to-peer electronic cash exchange. Bitcoin is not the only digital currency available today as many other forms of cryptocurrencies have joined its league in the decade since the currency first came into existence.

Cryptocurrency software development companies have mushroomed all over the world and have created some path-breaking technologies that enable digital transactions. The blockchain backed cryptocurrency development services can create a new form of banking system that can take the control of money from central authorities like banks and place it in the hands of individual users.

Let us understand both the concepts in detail.

In layman language, blockchain can be regarded as a computer file for storing data. This file is not just stored in one system, but in thousands of systems spread all over the world. Once the data is fed in the system, it gets saved in every file in each one of these computers. Therefore, it is almost impossible to tamper with the data saved in this manner. This is not the exact definition, but comes close to what the system actually is.

In reality, blockchain is much more than this. To explain it in a more technical jargon, blockchain is an open, distributed ledger. Information about any transaction gets stored in a decentralized distributed ledger with blockchain. This information is decentralized because it gets distributed across many computers located in different geographical locations. Using this technology, participants can confirm transactions without the requirement for a central clearing authority.

The decentralization aspect of blockchain is what makes it such a transformative technology. Unlike traditional systems where all the information is fed into a central system which gives the authority of data to the moderator of that system (say a company or an administrator), blockchain envisages to remove any central authority. Such a system is not only fair, but, because the data gets verified by user consensus, it is transparent as trustworthy as well.

The data can be accessed at any time by the two parties entering into a transaction. Yet, despite the transparency of data, it is a completely secure system.The data cannot be tampered with by hackers as there is no central point of attack.

Bitcoin – An Application of Blockchain Technology

Bitcoin is the first decentralized digital currency that helps establish an electronic cash payment network for peer-to-peer cash transfer. Bitcoin helps avoid the need for a centralized body like a bank or the government to control or oversee the money transfer as the user is solely responsible for verifying transactions.

All records are maintained on a shared public ledger (called blockchain) and verified by thousands of computers (called nodes) spread across the world. The technology is such that anyone can access the information on the internet, but no one can ever change it.

The fallout from the 2008 financial crisis made it very clear in the minds of people that they could not trust the wealthy and powerful institutes in the world to regulate an economy or make fair monetary policies. Bitcoin was launched by Satoshi Nakamoto (pseudo name) to tackle this problem and give the reins back in the hands of general public. The first bitcoin specification was published in the year 2009 by him.

How Does Bitcoin Work?

In order to send or receive bitcoins, a user must first have a bitcoin wallet. With the surge in cryptocurrencies, many cryptocurrency wallet development companies are springing up.

Cryptocurrency wallet development services facilitate digital transactions between two parties that create a payment from one wallet to the other and sign the payment off with a digital signature. A digital signature is a legally recognized equivalent of traditional signature that binds one’s identity to the transaction.

Since no middleman is involved in the transaction process, it greatly lowers the cost of transaction. Traditional wire transfers and foreign transactions are not only costly, but also extremely slow. Bitcoins is an excellent alternative to quick inter-country money transfers at very low cost. The absence of a central authority that governs all the transactions also means that nobody can tell you what you can or cannot possibly do with your own money and who you can transfer it to. There are no lags, no bank holidays, no borders, and no restrictions at all.

While blockchain technology had its prime usage in the financial sector, it is being discovered that it has several other applications and use cases outside of the realm of finance. The potential of blockchain is set to revolutionize the way business is done in the world, just like internet did before it.

Some of the industries where blockchain can be applied include:

Blockchain technology is excellent for mediating digital transactions, and it can also be used to facilitate digital relationships through smart contracts. These contracts can foster trust between two parties by releasing payments once the contract terms are fulfilled. This will help save not only time, but also reduce discrepancies and reduce the cases of fraud. Blockchain can be referred to in order to solve disputes in cases pertaining to delayed or no payments.

Blockchain can easily maintain a long-term, safe, and transparent record of any transaction that has taken place between two parties. The transaction may be monetary, or in any other way. Both the transacting parties can access these records at any given point in time.

Blockchain can enable a user trace the records of any object in terms of its ownership all the way back to its originating source (or the earliest known records). For instance, when you buy a diamond from a jewellery store, you will be able to trace its journey from the mine to you. So, if you wish to verify that the diamond that you are purchasing is free from any conflict, you can do so by checking its complete record with the help of blockchain.

In any company, the human resources department handles very sensitive information related to employee records, employee history, payroll, etc. By making use of blockchain technology, a company can guarantee that the right information is being shared between current employees and employer as well as future employee and employer. All the employee records can be maintained on blockchain, and this process can assure anyone checking the records of their veracity.

To summarize, the main points of difference between blockchain and bitcoin are as follows:

From the business perspective, blockchain can be considered as a type of next-generation business process improvement software. It is a kind of collaborative technology that holds the potential to improve the business processes that occur between two or more businesses and improving the trust factor between them. Financial institutions as well as business houses are trying to figure out ways in which this technology can be leveraged to improve their individual business processes and meet their unique requirements. The coming decade will see some interesting developments with blockchain technology and bitcoin in the centre of it all.

Summary: While bitcoin is a form of digital currency facilitating peer-to-peer funds transfer, blockchain is the technology behind it. Blockchain was initially used for developing cryptocurrencies, but the world is slowly waking up to its immense potential in every sector of business.

Vin Boris is a Social Media Marketer and Content Writer at SteemExperts.com, a Blockchain and Steem currency based development, consulting and marketing firm. Vin Boris has been Outshining in the Blockchain Tech. industry for more than 10 years.