How video games can help in shaping up the new generation!

We are living in the age of technology and advancement. To be a part of the technological revolution is a privilege, as well as a challenge for every one of us. Either you pick up the pace and benefit from the gifts of science and technology, or you get left behind only to become a speck of dust in the ever-advancing process of evolution.

Computers have changed how we interact with our environment in our daily routines. Fields enabled by computer technology have excelled at a rapid pace in a short span of time. Video games have benefited majorly from this advancement in technology, and have become one of the most popular recreational activities, especially among youngsters. The term “gaming” is somewhat taboo, particularly among parents who might consider it a waste of time and for their children. But in reality, these computer and console games possess the potential of shaping the minds of the next generation effectively.

Different genres of video games have different impacts on the mind of a gamer. Personalities vary between individuals as well, so the impact can never be generalized to be the same on everyone. Let us consider some of the most popular game genres, and how they might lead a young mind towards betterment.

Action and shooter games are often associated with promoting violence and anger among youngsters, but that is actually not the entire case. Studies show that after playing such games, players were generally more calm and composed than they were before playing those games. These games act as catharsis for people who need a medium to channel their anger and rage. These feelings could have originated from a number of sources, ranging from society to individual household pressure.

It is exceedingly important for these emotions to be handled with care, as they can actually make or break a person. Accordingly to a group of researchers at the University of Rochester, video games that present stressful scenarios to the are useful tools, and enable the brain to stay calm while making quicker decisions.

In his landmark book, How Computer Games Help Children Learn, Williamson Shaffer demonstrated how different types of computer games can help in reinforcing positive characteristics, such as innovative thinking and cognitive thought process. He believes that the education system needs to adapt to fit the requirements of the modern world. He stresses that in order to achieve this goal, we need to introduce epistemic games in our teaching environment. The modus operandi of such games is to learn about new ways to promote innovative ways of thinking among the younger generation.

Strategic games are a diverse genre for computer games which generally include an in-game setup where much multitasking is involved. The players get to control multiple groups of units, battalions, or factions, and win only after passing through a number of obstacles.

To better understand Shaffer’s theory, let us consider an actual example from this genre, like Age of Empires 2. The game present a player vs. player combat scenario, where individuals perform a number of steps to achieve victory. Players start in the Dark Age with a select number of resources and technology available to them. This takes younger minds to a different time, where the type of technologies that were initially available to mankind were far inferior. Players learn to adapt to the setting, and thus acquire their knowledge in ways which are much different than the traditional classroom setting.

Players need to accumulate more resources in order to advance. The units under their command teach them actual historical names used for various military battalions. As you advance through the ages, you get to explore newer technologies that were exclusive to various factions, such as the conquistador units for the Spanish, Janissary units for the Turks, War Elephants for the Persians, and more. All of this teaches children about actual vernacular used by those nations.

Dr Brian D. Glass and his team of researchers employed at Queen Mary University of London and University College London compared two different games to understand the cognitive process of a human mind. One was Starcraft, a military-based strategy game, and the other one was The Sims, which allows player to manage the day-to-day lives of individuals.

At the end of the study, the subjects were reexamined. The results showed that the people who were exposed to Starcraft developed increased mental capabilities over time, due to the increased strategy, memorization, and the number of tasks involved in it. Players exposed to The Sims, however, showed little to no improvement. This reinforces the effect of purpose-based games on the minds of youngsters.

All of this being said, we need to understand that addiction of any sort carries negative ramifications with it. Video games often become a dependence for youngsters, and rather than staying just as casual gamers, they tend to become loners, spending most of their time in solitude. Games generally are a source of recreation, and any recreational activity can come with negative side effects when it became habitual. Basing your entire life around these games would result in major negative impacts on your mental, as well as your physical health.

https://www.completeconnection.ca/how-video-games-can-help-in-shaping-up-the-new-generation/https://www.completeconnection.ca/wp-content/uploads/2018/04/gaming.jpghttps://www.completeconnection.ca/wp-content/uploads/2018/04/gaming-150x150.jpgChris AlbertOnline GamesTechnology
We are living in the age of technology and advancement. To be a part of the technological revolution is a privilege, as well as a challenge for every one of us. Either you pick up the pace and benefit from the gifts of science and technology, or you get...
Chris AlbertChris Albert[email protected]ContributorChris here, IT & Security Specialist – Honor, more overwriting expert for a long time. Being an 80s kid, I witnessed the ultimate upgrade and evolution in the world of technology. I’m Author with passionate attitude for writing and networking hardly researcher and future technology thinkers around the world contributing myself with Priority services in UAE.Complete Connection

View all posts by Chris Albert →
Chris here, IT & Security Specialist – Honor, more overwriting expert for a long time. Being an 80s kid, I witnessed the ultimate upgrade and evolution in the world of technology. I’m Author with passionate attitude for writing and networking hardly researcher and future technology thinkers around the world contributing myself with Priority services in UAE. The Complete Guide to Improving Restaurant’s Takeaway and Delivery System How is Digital B2B Marketing Strategy Beneficial For Pharmaceutical Industry? 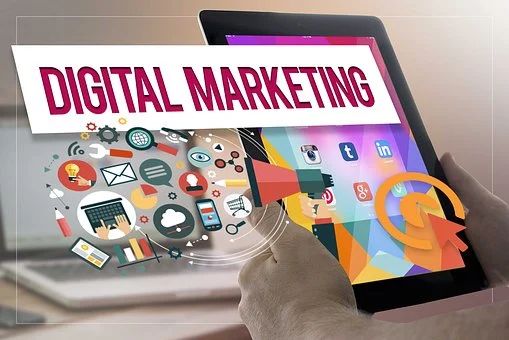 How to Choose an Affordable Digital Marketing Service?