Home » Artificial Intelligence » You are reading » 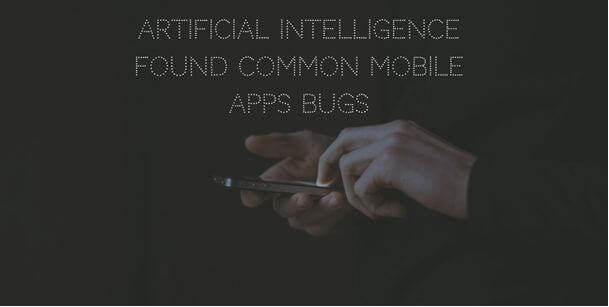 There is no doubt in the fact that disruptive technologies like Artificial Intelligence, quantum computers, and brain implants have grabbed today’s headlines and our daily lives too. Well, I won’t dive into every detail in-depth as we’d be here all day, but I will definitely provide you some highlights on using Artificial Intelligence (AI) in mobile apps development.

Things which were considered beyond the wildest dreams of innovators just a decade ago are now commonplace realities. And it is assumed that at the rate at which technology seems to be developing only appears to be getting exponentially faster. Days have come when we could witness computers launching rockets into space, control technological processes, provide security system at enterprises- and this is just the beginning. Devices themselves can recognize speech, make certain decisions and even serve as a translator- all thanks to smart devices.

Now, I am sure you must have come across the term artificial intelligence? Several smart programs are being developed from knowledge and research of the mental potential and capabilities of the people themselves. After which they are being implemented as built-in intellectual functions in various applications, including mobile ones.

Potential of Such Technology in Mobile App Realm

With the help of appropriate AI solutions, app creators and marketers can gain closer insights on user behavior through actions, likes, preferences, purchases and so forth. Down below I would like you to get acquainted with specific real-life examples for applying Artificial intelligence in mobile apps development.

I am sure you must have proved theorems and solved puzzles before. This is all about getting computers to apply logical reasoning to solve problems. Have you wondered how AI machines can beat humans in the game of chess or stock trading? Uber is the best example to take into consideration; it uses automated reasoning to optimize routes and get the riders to their destinations faster. Technically speaking, the algorithm takes millions of bits of data from Uber drivers especially the ones who have traveled similar routes and learn from their trips.

Being one of the simplest and effective applications of AI in mobile apps, these services can be used in almost any solution. Have you wondered why most apps fail within a year of its launch? It’s because they are unable to provide relevant content that engaged end users continuously. Of course, you are providing fresh content, but that doesn’t mean it is engaging. For that, you need to monitor the choices users make and inserting them into a learning algorithm; apps make recommendations that users are likely to be interested in.

Disruptive technologies such as AI, ML allow apps to learn users’ behavior patterns in order to make the next session more seamless. For instance, the half-bot, half-human hotel booking service- Snaptravel uses natural language processing and machine learning to have real conversations with users suited to their preferences.

With the help of AI, Machine Learning, Analytics, Eggplant AI software testing tool easily navigates applications and predict quality issues that are more likely to arise in the future. Testing a mobile app is not an easy task. Unfortunately, test teams cover “less than one percent” of possible user journeys. As a result, most of the apps go live with defects and bugs. According to the sources, Eggplant AI auto-generates those tests, which “significantly increases the effectiveness and efficiency of testing.

In the upcoming years, some test will become standardized and repetitive. In most cases, developers ‘smoke test’ those user journeys, regardless of how likely they are to find defects. The new AI tool not only allows developers to define these “directed” tests but also will enable them to determine regression tests with advanced AI-based simulations manually.

Antony Edwards, CTO at Testplant, Eggplant AI 2.0 is a huge leap forward in the evolution of test automation. This is the only way software, and app vendors are going to keep up with the demands of users and the pace of DevOps.

In the present digital scenario, app owners are seen looking forward to making the most of artificial intelligence technology that allows users to connect with their brands more deeply making apps stickier and bug-free.

https://www.completeconnection.ca/artificial-intelligence-found-common-mobile-apps-bugs/Herman MorganArtificial Intelligence
There is no doubt in the fact that disruptive technologies like Artificial Intelligence, quantum computers, and brain implants have grabbed today’s headlines and our daily lives too. Well, I won't dive into every detail in-depth as we'd be here all day, but I will definitely provide you some highlights...
Herman MorganHerman Morgan[email protected]ContributorHerman Morgan working as a Tech analyst at Tatvasoft.com.au. A customer software and  Mobile App development company in Australia. In leisure time he likes blogging and also published his bylines at major publications.Complete Connection

View all posts by Herman Morgan →
Herman Morgan working as a Tech analyst at Tatvasoft.com.au. A customer software and  Mobile App development company in Australia. In leisure time he likes blogging and also published his bylines at major publications. Why Geomarketing is one of the Best Strategies for Your Store